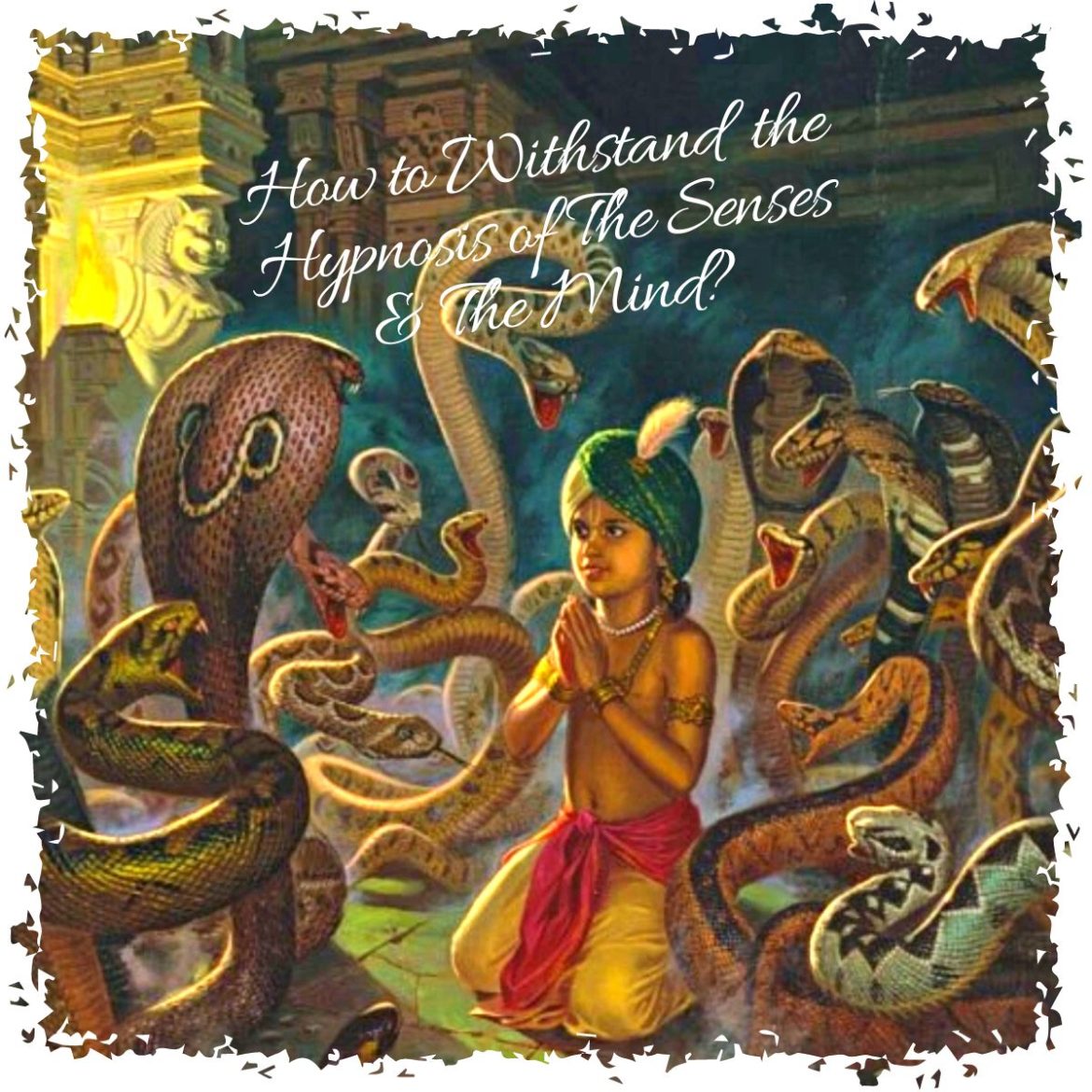 What is the process of sense control by Krishna Consciousness? In fact, what are senses in the first place and why is it so important to control them?

Senses are compared to venomous snakes (BG 3.58 purport). Snakes are known to be hypnotic, sneaky, fast and extremely poisonous. They have no mercy. Doesn’t sound very friendly, right? But nonetheless, all the conditioned living entities within this material world are constantly trying to satisfy these cruel masters lifetime after lifetime  in order to gain illusory happiness… It’s the same story all over again, which is described in BG 2.62-63: the mind, the big boss of these serpents, is trying to impel his ideas and imaginary scenarios of all the fantastic ways of how we can pleasure the senses.

Then the person becomes attached “Yes, this is what I must enjoy!”, which turns into lust – burning desire to have it all for your enjoyment. This lust inevitably changes into anger, as your “fairy tail” is being crushed by the laws of material nature. And anger is known to make people blind, deaf, completely mad, delusional and uncontrolled, which provokes bewilderment of memory. And when there’s no memory one loses his intelligence, being unable to distinguish between matter and spirit… and that unfortunate person falls down into the material pool.

So as we see, being victimized by the empty promises and ever-lasting hungry orders of the mind and senses, such a person doesn’t have neither peace nor satisfaction. But the most important is that one becomes  completely ignorant of his eternal loving relationship with the Supreme Personality of Godhead. And one can’t relish the happiness of being joyful in his natural position of the eternal servant of the Lord.

Thus, keeping our mind and senses always busy in the service to Krishna, we give up the desires for sense enjoyment and mental concoction. Bhagavad Gita describes the ten senses to the five senses for acquiring knowledge: the eyes, ears, nose, tongue and skin. Then five working senses: voice, legs, hands, anus and genitals, and all of them are meant to be utilized only in the service of the Lord. But of course, not only them, but the the mind as well, as it is their chief. Even if situated away from sense objects, the mind is so powerful that it is able to create its own little “Maya world” within your head. Desires for sense gratification thus take even more subtle forms and enter even our devotional practice. And in my case it is mostly specified in my attachment to name, fame, honor and pride, which spoils everything. And then your whole practice can become into nothing but a practice of a pretender (BG 3.6).

Therefore it’s not a very easy thing to do, because we must not forget that senses are the hypnotic serpents. Even while engaging them in service we will be constantly provoked and tempted by the flow of unwanted desires. In this way we must follow the instructions, the rules and regulations.

Just like in Arjuna’s situation on the battlefield. When he saw his relatives on the opposite side – he lost control over his senses. He told Krishna that he would not fight. He was bewildered, he could not realize what was his nature, his duties or his service to Krishna. Arjuna’s mind started a series of speculations on this matter just to get away from his duty, even to the point of abandoning his own varna and living by begging from others. But Krishna indirectly pointed out that it would be nothing but pretending (BG 3.6).

In this way Arjuna’s mind was engaged in concocting the excuse, a so-called “perfect situation” for Him and His relatives to be “happy”. But his logic was incorrect, faulty. because his foundation was wrong: his senses were not engaged in the service to Krishna. And the wrong foundation crashes all the arguments that are built upon it. If your mathematical calculation has missed one “minus” or “plus”, it was forgotten or placed in the wrong spot – it’s all ruined. Which is why Krishna started to explain to him how the whole process works. Arjuna had to fight because it was his nature and his prescribed duty as a ksatriya, and he had to do it without attachment. Thus he would begin acting in karma-yoga and his senses would be under the control of the orders of Krishna, the Supreme Lord. (BG 3.7)

As for me, I always underestimated the enormous power of senses until one time when I became obsessed and just lost control over myself. My mind promised me everything, but once you are convinced, the serpents of the senses bite you to the heart and make you suffer. Moreover, the mind, whom I would describe as the many hooded dragon that sometimes can completely devour you with its nonsense, has the ability to leave you almost completely broken, hurt, helpless and hopeless.

“Maya is so strong, it is Krisna’s divine energy. The living entity is practically hopeless under the sway of maya and can only cry out to Krishna for help. (“Prabhupada Lilamrita”).

Thus, keeping our mind and senses always in the service to Krishna, we give up the desires for sense enjoyment and, most importantly, mental concoction (BG 2.55-2.58 purport). The mind and senses must be always busy trying to satisfy Krishna just as Ambarisha Maharaja (BG 2.61 purport). He engaged his senses fully: his mind, eyes, tongue, ears, hands and legs, his whole body… everything only for the service!

We must carefully engage our minds and senses completely and wholeheartedly in pure devotional service, by the mercy of Guru and Krishna. Yes, the mind and senses know how to hypnotize, but Ananta Shesha is the biggest serpent of all. He is much more powerful. He is represented by Sri Guru, therefore we shall hold on tight to the lotus feet of our Sri Guru. No matter what challenges and lessons, attachments and aversions we will face. Never give up, no matter how many times we might stumble and fall.

Because it all doesn’t matter, it’s all under the control of Krishna, it’s all His mercy. As long as we are honest, faithful and determined to surrender – we are on the right track (BG 2.56). Only by determination, sincere and constant engagement in devotional service shall we be able to thrive in spiritual life and be happy in Krishna consciousness. 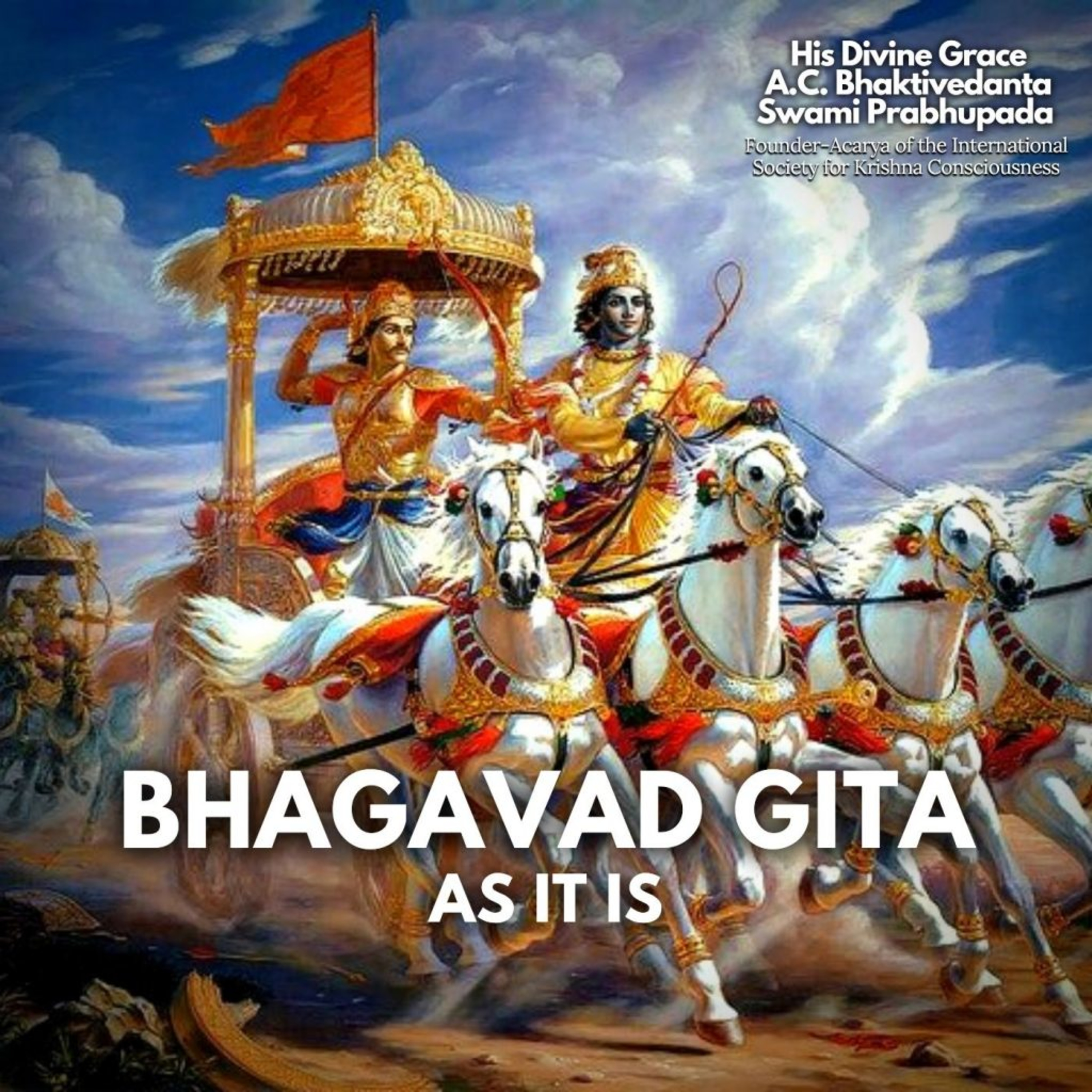