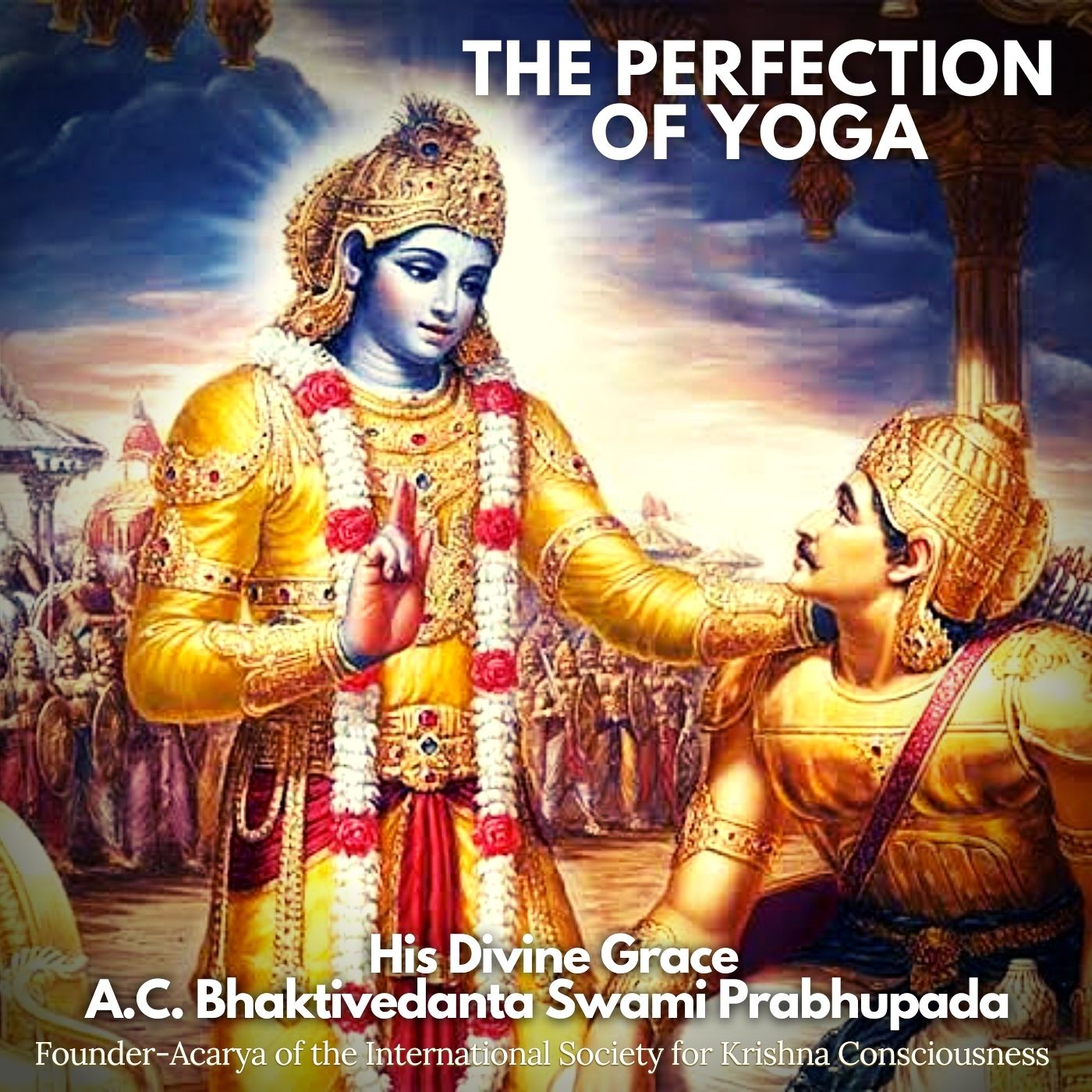 This book is the defining book of Yoga. Every chapter signifies “Yoga as…” and dives deep into the meaning and purpose behind the actual process. Especially nowadays when every third person you meet is a “yogi” – this book is the best reality-check into how truly yogis we are according to the actual shastra, revealed scriptures. Moreover, as evident from the title, this book perfectly explains what actual perfection in Yoga is, and believe it or not – it’s not even near the ability to simply stretch like you don’t have bones or to fly like a real mystic, or stop breathing and eat only prana. Yoga is much deeper than that. Infinitely deeper. I’d like this book to become a must-have book for every yoga studio because not only it would bring everything in its places and show the ultimate direction of the entire practice, but also help all the aspiring yogis to actually take advantage of everything that the process of yoga has to offer.

Sravanam Diaries
Reading books by Srila A.C. Bhaktivedanta Swami Prabhupada daily. Each of these books is a literary masterpiece, they have all the answers to any questions of life and everything necessary to uplift and nourish our soul, develop our loving relationship with God, Krishna, and help us relish our adventurous spiritual journey. Such a deep, bonafide, theological science based on Vedic scriptures has never been presented like this before. Chant Hare Krishna, dive into these books, be happy and make others happy! From Mayapur with love, Your humble servant, Sulalita devi dasi
Listen On Apple Podcast Listen On Google Podcast Listen On Spotify
044 – Frank and Open: Yoga as Rejected by Arjuna (“Perfection of Yoga” pages 1-6)
by Sulalita Devi Dasi

What is Perfection of Yoga? Arjuna and Krishna’s discussion in Bhagavad Gita, Yoga for Our Age, Mantra-Yoga, Bhakti-Yoga | Read,  download or purchase  this book at  biglink.to/perfectionofyoga | sravanamteam@gmail.com |
About  the Author: In July  of 1966,  Bhaktivedanta Swami established the  International Society for  Krishna  Consciousness (ISKCON) for the  purpose he stated of “checking  the  imbalance of values in the world and  working for real unity and   peace”. Srila Prabhupada circled the globe  14 times spreading the   teachings of Lord Krishna. People from all  backgrounds and walks of  life  came forward to accept his message. With  their help, Srila Prabhupada  established temples, farm communities, a publishing house,  and  educational institutions around the world. And,  he began what has  now  become the world’s largest vegetarian food relief  program, Hare  Krishna  Food for Life. He authored over 70 volumes of  books on the  Vaisnava  tradition, which are highly respected by scholars  for their  authority,  depth, fidelity to the tradition, and clarity.  His writings  have been  translated into 76 languages. His most prominent  works  include:  Bhagavad-gita As It Is, Srimad-Bhagavatam, and Sri   Caitanya-caritamrita. |
International Society for Krishna Consciousness, also  popularly known as the Hare Krishna movement is a spiritual society  founded by His Divine Grace A.C. Bhaktivedanta Swami Prabhupada in July  1966 in New York. ISKCON belongs to the Gaudiya-Vaishnava sampradaya, a  monotheistic tradition within Vedic culture. Today ISKCON comprises of  more than 400 temples, 40 rural communities and over 100 vegetarian  restaurants.
The aim of ISKCON is to acquaint all  people of the world with universal principles of self-realization and  God consciousness so that they may derive the highest benefit of  spiritual understanding, unity and peace. The Vedic literature recommend  that in the present age of Kali-yuga the most effective means of  achieving self-realization is always hear about, glorify, and remember  the all-attractive Supreme Lord Sri Krishna. Therefore, it recommends  the chanting of the Holy Names: Hare Krishna Hare Krishna Krishna  Krishna Hare Hare / Hare Rama Hare Rama Rama Rama Hare Hare. This  sublime chanting puts the chanter directly in touch with the Supreme  Lord through the sound vibration of His Holy Name.
ISKCON  follows the teachings of the Vedas and Vedic scriptures, including the  Bhagavad-gita and Srimad Bhagavatam which teach Vaishnavism or devotion  to God (Krishna) in His Supreme Personal aspect of Sri Sri Radha  Krishna.
These teachings are received through the  preceptorial line known as the Brahma-Madhav-Gaudiya Vaishnava  sampradaya. ISKCON is part of the disciplic succession which started  with Lord Krishna Himself and continued with Srila Vyasadeva, Srila  Madhavacharya, Sri Caitanya Mahaprabhu and in the present day His Divine  Grace A. C. Bhaktivedanta Swami Prabhupada and his followers.
ISKCON’s  teachings are non-sectarian, following the principle of sanatana dharma  or eternal religion, which denotes the eternal activity of all living  beings – loving devotional service (bhakti-yoga) to Supreme Personality  of Godhead. 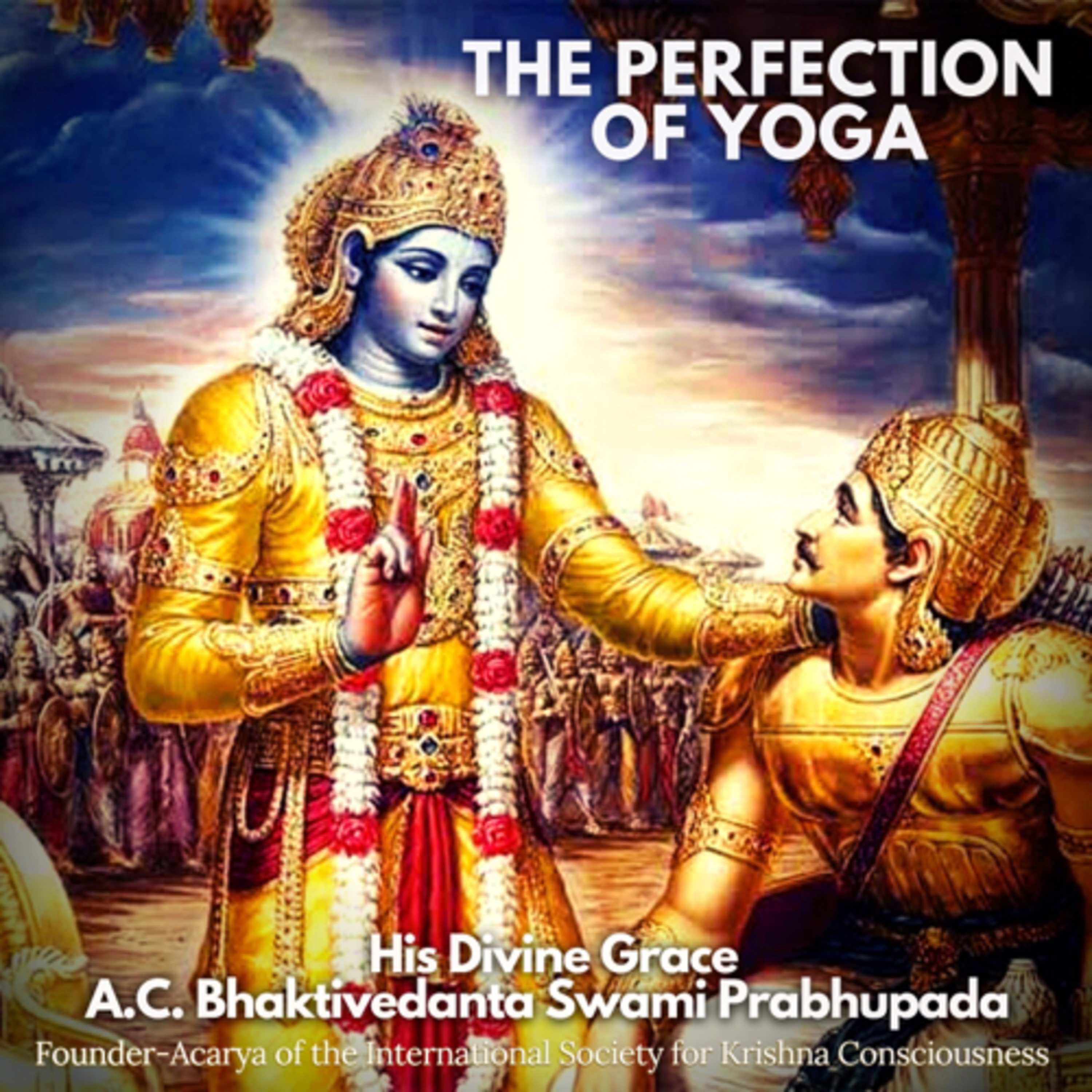 “And of all yogīs, he who always abides in Me with great faith, worshiping Me in transcendental loving service, is most intimately united with Me in yoga and is the highest of all.”

It therefore follows that the culmination of all yogas lies in bhakti-yoga, the rendering of devotional service unto Kṛṣṇa. Actually, all of the yogas delineated in Bhagavad-gītā end on this note, for Kṛṣṇa is the ultimate destination of all the yoga systems. from the beginning of karma-yoga to the end of bhakti-yoga is a long way to self-realization. Karma-yoga, without fruitive results, is the beginning of this path. When karma-yoga increases in knowledge and renunciation, the stage is called jñāna-yoga, or the yoga of knowledge. When jñāna-yoga increases in meditation on the Supersoul by different physical processes, and the mind is on Him, it is called aṣṭāṅga-yoga. And, when one surpasses aṣṭāṅga-yoga and comes to worship the Supreme Personality of Godhead, Kṛṣṇa, that is called bhakti-yoga, the culmination. factually, bhakti-yoga is the ultimate goal, but to analyze bhakti-yoga minutely one has to understand the other processes. The yogī who is progressive is therefore on the true path to eternal good fortune. One who sticks to a particular point and does not make further progress is called by that particular name – karma-yogī, jñāna-yogī, dhyāna-yogī, rāja-yogī, haṭha-yogī, etc. – but if one is fortunate enough to come to the point of bhakti-yoga, Kṛṣṇa consciousness, it is to be understood that he has surpassed all the other yoga systems.

Kṛṣṇa consciousness is the last link in the yogic chain, the link that binds us to the Supreme Person, Lord Śrī Kṛṣṇa. Without this final link, the chain is practically useless. Those who are truly interested in the perfection of the yoga process should immediately take to Kṛṣṇa consciousness by chanting Hare Kṛṣṇa, understanding Bhagavad-gītā, and rendering service to Kṛṣṇa through this society for Kṛṣṇa consciousness and thereby surpass all other systems and attain the ultimate goal of all yoga – love of Kṛṣṇa. 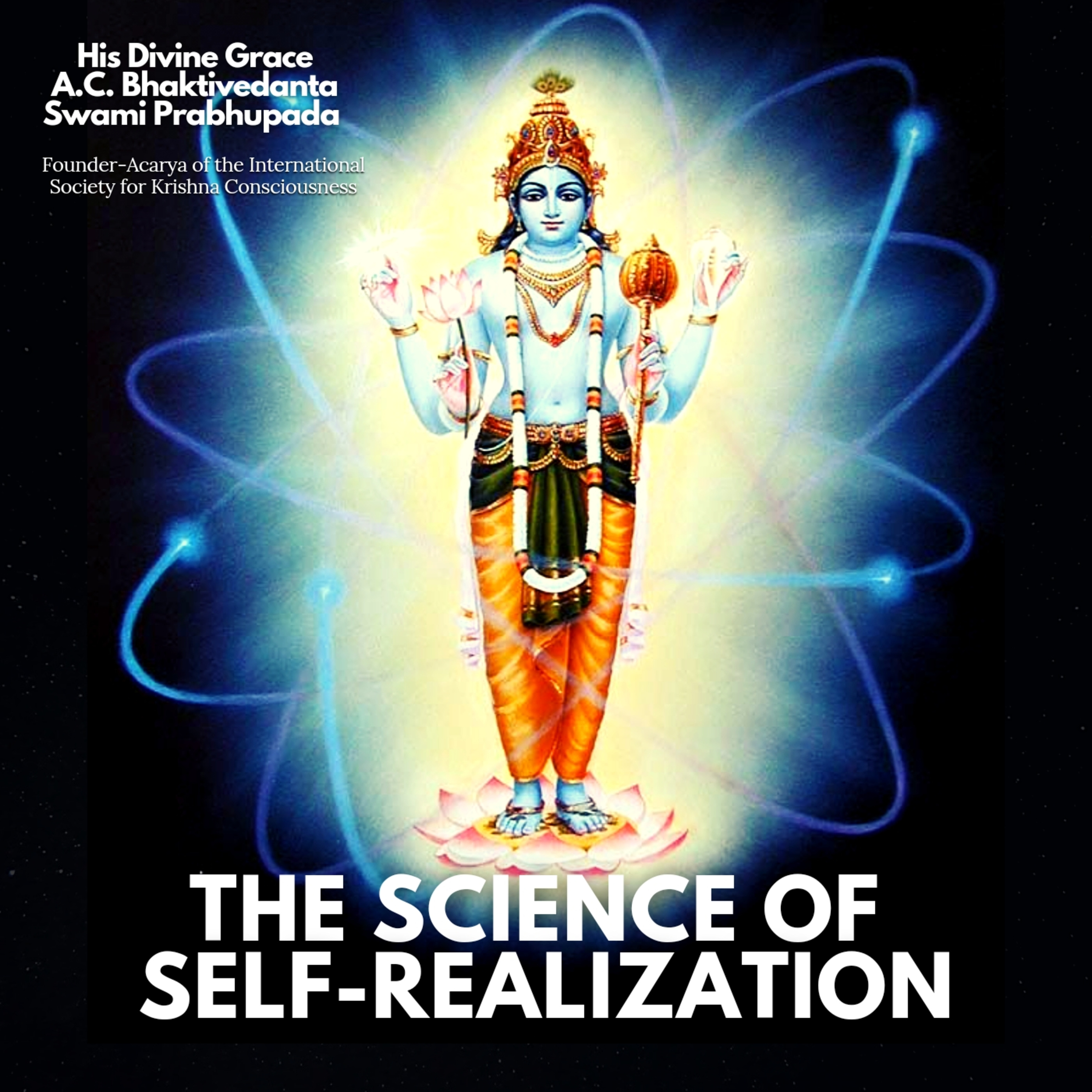